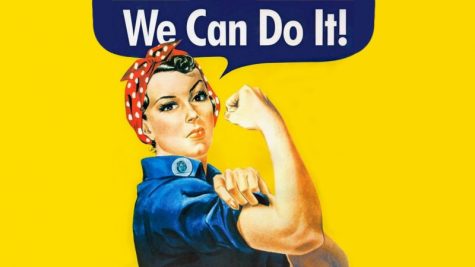 This past Sunday, March 8th, International Women’s Day was celebrated around the globe. Did you wonder how this day started? Or even what it was?

The United Nations began celebrating International Women’s Day in 1975 but it was first honored by Austria, Denmark, Germany and Switzerland in 1911.

The purpose behind the day is not to commemorate a country, group, or organization, but to represent all groups collectively everywhere. No one institution is responsible for the day which makes it a celebration for everyone.

March 8th is a global day to raise awareness about gender parity and to celebrate the social, economic, cultural and political achievements of women. International Women’s Day is centered around unity, celebration, reflection, advocacy and action and it’s time we celebrate some under-appreciated women and their accomplishments. Below you’ll find three outstanding women and their stories.

A journalist in the 1890s who investigated the Women’s Lunatic Asylum on Blackwell’s Island. The asylum received accusations for mistreating their patients and Bly got in by faking insanity and getting admitted to the asylum. Her devotion to her passion stands out and she broke the barriers of investigative journalism as well as the suffragette movement. She also went around the world in 72 days after being inspired by the book Around the World in 80 Days.

She developed code for the Massachusetts Institute of Technology during the Apollo 11 mission. She stood strong against resistance especially when she was criticized for urging developers to have additional backup code as a fail-safe. Though she was told “astronauts are trained to never make a mistake,” she fought for precautionary measures which ended up being necessary in the Apollo 8 moon orbit.

Hopper invented the first user-friendly business computer system called COBOL in 1957. COBOL is still used 71% of the time in business transactions. She worked with the first big computer in history, the Mark I and created important compiler codes. Not to mention, she also served in the U.S. Navy as a Rear Admiral and was given the Distinguished Service Medal, the Department of Defense’s highest honor and a long stemmed rose for each of the 43 years of her career.

Let us all celebrate March 8th in the years to come and hope that International Women’s Day does not fall on Daylight Savings again in the near future, so the women can get a full 24 hours to celebrate.